This will be the only time Random Humor will comment on the issue between Phil Robertson of Duck Dynasty and A&E. Although we are a site for random humor, celebrity gossip, and random news, we believe there are bigger issues in the world. This response was from a fellow blogger, American Elephant. Please feel free to leave your thoughts and comments below.

“Justin Bieber picked the wrong city to spray tag, ’cause the mayor of Gold Coast, Australia just issued an ultimatum to the “pop princess” — clean up your mess … OR SING FOR ME!!!!!

Mayor Tom Tate just issued a video message to Bieber after the singer went graffiti crazy all over a hotel wall during a visit to the city last week.

“I’ve got a message for pop princess Justin Beaver,” Tate said … “We love your music but we hate your graffiti and your vandalism here in our city.”

He continued … “Mate, you’ve got two choices — come back and clean up your mess or come back and sing at the [Mayor’s Christmas Carols event] on the 7th of December.”

It’s unclear what will happen if Bieber ignores both requests … but here’s our advice for Mayor Tate: Don’t hold your breath.”

In response to: Paul Walker Dies At 40 In Fiery Car Crash

Here at Random Humor, we don’t get the obsession with people’s wanting to be connected to tragedy or death. Paul Walker passed away Saturday afternoon in a fiery car crash. Before his death, his twitter followers rested at a modest following in the low 700,000’s. By 10:45pm EST, his count went to well over 850,000 followers and are still rising.

We hope people know, that by following him after he passed doesn’t mean you are a fan. The fact that you are looking for a connection to him through his death is kind of… well, weird.

We’ve seen this happen time and time again over the last few years. Someone (especially a celebrity) is hurt or tragically dies, and the followers or friend requests come pouring. And it seems to have something to do with wanting a weird connection to a particular tragedy. Here’s a small piece of advice; Don’t pretend to care once someone passes and don’t jump on the bandwagon when a group of people start to make fools of themselves.

“Paul Walker — best known for his role in “The Fast and the Furious” movies — died Saturday afternoon after a single-car accident and explosion in Southern California … TMZ has learned.

The accident happened in Santa Clarita — north of Los Angeles — and according to multiple sources connected to Paul … the actor was in a Porsche when the driver somehow lost control and slammed into a post or a tree … and then the car burst into flames.

Several of our sources — some who are still at the scene of the accident — tell us Paul and another person in the car were killed. Law enforcement is still on the scene, and we’re told the L.A. County Coroner’s Office is on the way.”

What?!? Ex Tennessee Titans cheerleader Elizabeth Garner has taken creepy to the next level! She has been charged with aggravated sexual battery and solicitation of a minor after she supposedly groped a 12-year-old’s ‘heuvos’ and then tried to go down on him.

Married, Garner is 42 and supposedly tried this stunt at a party the boy’s mom was holding. She said that it was accidental because she thought he was a grown man but was too drunk to notice. But it doesn’t really make sense since apparently, the boy told cops she tried the act after asking if he’d ever been with a grown woman.

After the incident, the boy immediately told his mom and she called the cops. Garner is currently being held on a $30,000 bond. If guilty, she’ll be in jail for the next 8 years! Serves you right for being creepy… What do you think? Does she deserve it? 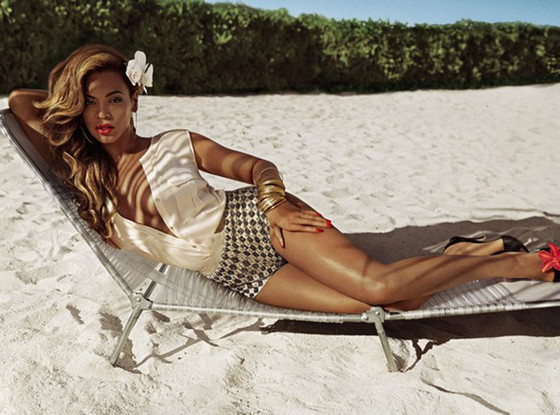 As if summer couldn’t get hot enough, we’ve just learned Beyonce is going to be the new face of H&M’s upcoming collection. Beyonce said:

“I’ve always liked H&M’s focus on fun and affordable fashion. I really loved the concept we collaborated on to explore the different emotions of women represented by the four elements—fire, water, earth and wind. It was a beautiful shoot on a tropical island. It felt more like making a video than a commercial.”

I’ve always been a fan of H&M. Maybe I’ll start shopping more now that she’ll be in the stores!

I know this isn’t celebrity gossip … but … this is just some random awesomeness. Who doesn’t enjoy a little awesome entertainment? Take a look at this secret drum corps from Switzerland (or as I like to say it like the guy in Moulin Rouge; Svizervin!).

Error: Twitter did not respond. Please wait a few minutes and refresh this page.

Random Humor is looking for an individual to be apart of its paparazzi team. Photographers and Videographers need to apply. Fill out the form in the contact us link!